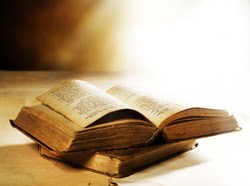 Raymond C. Ortlund Jr., who resorts to a paradox to explain the contradiction between Genesis 1 and 2, must explain the absence of an explicit reference to the man’s headship in Genesis 1-3.[1]
Moses does not explicitly teach male headship in chapter 1; but for that matter, neither does he explicitly teach male-female equality. We see neither the words “male-female equality” nor “male headship” here or anywhere in Genesis 1-3. What Moses does provide is a series of more or less obvious hints as to his doctrine of manhood and womanhood. The burden of Genesis 1:26-28 is male-female equality. That seems obvious – wonderfully obvious![2]
One of these “hints” is the word ‘adam, which Ortlund gives the meaning “man.”
But God’s naming of the race “man” whispers male headship, which Moses will bring forward boldly in chapter two. God did not name the human race “woman.” If “woman” had been the more appropriate and illuminating designation, no doubt God would have used it. He does not even devise a neutral term like “persons.” He called us “man,” which anticipates the male headship brought out clearly in chapter two, just as “male and female” in verse 27 foreshadows marriage in chapter two.[3]
Ortlund confuses the Hebrew words ‘yish and ‘adam for the equivalent of the English word ‘man’ is the Hebrew word ‘yish, not ‘adam, which means “human” (as does the Greek equivalent anthropos). ‘Yish becomes aner in Greek, and both are used to distinguish male humans from females in addition to functioning as generic terms for humans in general (e.g., Ps. 122:1; James 1:12).

Hebrew uses a grammatical masculine, not an anatomical masculine, in Genesis 1.27. Languages which do not have grammatically masculine and feminine words do not use the word man generically, nor do they have words such as male and female in their vocabulary. Only androcentric languages, which assimilate women into the word man, need such defining words to avoid confusion. Thus we find that Greek uses arsen (“male”) and thelus (“female”) when a clear distinction is needed, which is also true of Hebrew’s zaakaar (“male”), neqebah (“female”), as seen in Genesis 17:23:
“On that very day Abraham took his son Ishmael and all those born in his household or bought with his money, every male [zakaar] in his household [‘yish], and circumcised them, as God told him.“ (NIV)
Robert Alter, provides another compelling reason why ‘adam cannot refer to a male man.
The term ‘adam, afterward consistently with a definite article, which is used both here [Genesis 1:27] and in the second account of the origins of humankind, is a generic term for human beings, not a proper noun. It also does not automatically suggest maleness, especially not without the prefix ben, “son of,” and so the traditional rendering “man” is misleading, an exclusively male ‘adam would make nonsense of the last clause of verse 27.[4]
What Alter means by “nonsense” becomes clear when the words in verse 27 are changed into colors: “God created blue … blue and red created he them.” Blue cannot contain red and remain a distinct color. Similarly, a man cannot be both male and female and remain distinctly male. But humanity can include both male and female and remain a distinct entity of its own, just as the color purple includes both read and blue. Hence the correct English translation is, “God created humanity…male and female created he them.”[5]

In the following comparison of 21 languages and 42 translations, ‘adam is translated either “man” or “human.”
Man – man and woman (3 translations, 2 languages)
French  (La Bible du Semeur, Louis Segond), Portuguese (O Livro)
Man – male and female (17 translation, 4 languages)
Spanish (Reina-Valera 1960, 1995, 1569, Dios Habla Hoy), Italian (La Nuova Diodati, Conferenza Episcopale Italiana), Hungarian, English (NJKV, ASV, Amplified, Darby, Douay-Rheims 1899 American Edition; English Standard Version, Holman Christian Standar, KJV; NASB, NIV, New Life Version, Young’s Literal Translation)
Human – man and woman (14 translations, 13 languages)
German (Luther Bible 1545, Elberfelder), Spanish (Nueva Versión Internacional), Ukrainian, Bulgarian, Haitian Creole Version, Maori, Dutch, Swedish, English (ESV), Norwegian, Danish, Finnish, Icelandic
Human – male and female (8 translations, 5 languages)
Arabic, Albanian, Polish, Russian Synodal version (/man and woman), English (New Century Version, New Living Translation, The message, Today’s NIV)
An overwhelming majority of languages – seventeen of the twenty-one considered – favor the translation “human” instead of “man.” Androcentric languages tend to choose “man” while the more gender-neutral languages use the word “human.” An English translation is found in all except the first category (“man – man and woman”). Thus it is ascertained that the writer of Genesis 1:27 did not use ‘adam in a gender-defining manner but as a reference to the origin of the first human, and consequently all humanity: the first human was called ‘adam because he was made of ‘adamah, the ground, just as the first woman was called ‘ishshah because she was made from ‘yish.[6]
Ortlund needs ‘adam to have the meaning “a man” because of his belief that God called only Adam in Genesis 3:9 and therefore held only him responsible for the Fall of humanity as the leader of the two.[7] However, if ‘adam refers only to the man in 3:9, it should also be true of Genesis 3:21-24.
Then the man and his wife heard the sound of the LORD God as he was walking in the garden in the cool of the day, and they hid from the LORD God among the trees of the garden. But the LORD God called to the man, "Where are you?" (Gen. 3:8-9, NIV)
The LORD God made garments of skin for the man and his wife and clothed them. And the LORD God said, "The man has now become like one of us, knowing good and evil. He must not be allowed to reach out his hand and take also from the tree of life and eat, and live forever." So the LORD God banished him from the Garden of Eden to work the ground from which he had been taken. After he drove the man out, he placed on the east side of the Garden of Eden cherubim and a flaming sword flashing back and forth to guard the way to the tree of life. (Gen. 3:21-24, NIV)
Both passages employ the same grammatical construction and concern the same persons, therefore, either only the man was banned from the garden, or the word ‘adam includes both the man and the woman in Genesis 3:9 and 22, as it does in Genesis 1:27. (The male human is called ‘yish in Gen 2:23-24, 3:6 and 3:16, when a clear distinction is needed). Since God called humanity, both the man and the woman, in Gen 3:9, He did not hold only the man responsible for the transgression, but both of them.
In conclusion, a "man" is not always a "man" in the Bible - sometimes it includes the woman too.

[1] Grudem writes, “It is surprising that evangelical feminists can find this requirement [mutual submission] in the New Testament when it is nowhere explicitly stated” (Piper and Grudem, 199). Grudem rejects Ephesians 5:21 due to faulty exegetics, but his words are an apt description of Ortlund’s claim that we can find male headship in Genesis 1-3, although it is never explicitly stated.
[2] Piper and Grduem, 98.
[3] Ibid.
[4] Alter, 19.
[5] Hurley disagrees with Ortlund, “Man in 1:26 and 27 is a collective noun (adam = ”mankind”). The plural membership of the collectivity is indicated by the phrase “male and female” in verse 27, and then both male and female are given the task appropriate to those created in the image of God (verse 28)” (Piper and Grudem, 227). Also Gregory of Nyssa (A.D. 380) wrote, “What is it then which we understand concerning these matters? In saying that “God created man” the text indicates, by the indefinite character of the term, all mankind; for was not Adam here named together with the creation, as the history tells us in what follows? Yet the name given to the man created is not the particular, but the general name: thus we are led by the employment of the general name of our nature to some such view as this—that in the Divine foreknowledge and power all humanity is included in the first creation. (Gregory, Bishop of Nyssa, On the Making of Man, XVI, 16).
[6] Everything in the new creation was given a name which revealed the characteristic of the object: God called the day yowm (“hot, the warm hours”) and night layil (from luwl, “to fold back”). The earth he called ‘erets (“to be firm”); the sea, yam (“to roar”); herb, ‘eseb (“to glisten or to be green”); fruit, periy (“to be fruitful, grow”); morning, boqer (from baqar, “to break forth”), evening, ‘ereb (from ‘arab, “to darken”), creature, nephesh (from naphash, “to breath”); the bird ‘owph (from ‘uwph, “to fly”); animal, behemah (“to be mute”).
[7] Piper and Grudem, 108.
Posted by Susanna Krizo at 1:43 PM 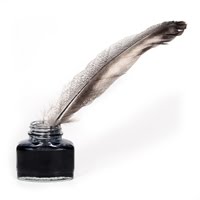